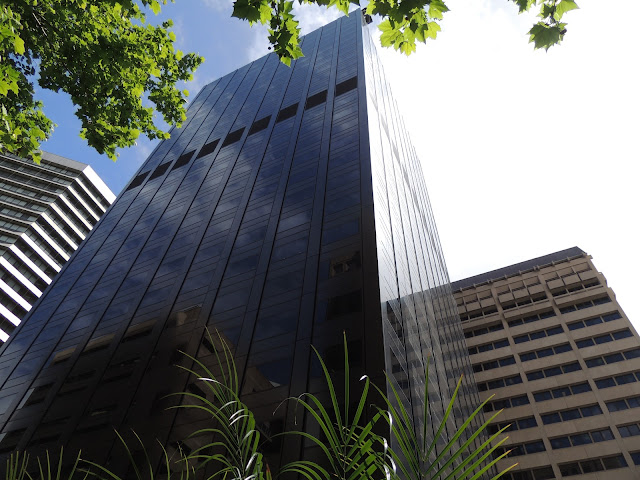 I enjoy wandering about Adelaide and noticing its architecture. Even the more modern buildings, although I feel that many older buildings have so much more character than a rectangular structure. I nearly said rectoid, but the Urban Dictionary quickly put a stop to that.

It's true that buildings such as the SA Water House and the Commonwealth Law Courts  are eye catching, and stand out from the repetitive masses of plain concrete and glass structures, but I don't get a feeling of warmth or joy from seeing them.  Perhaps it's my age, although I am certainly not as old as some of the buildings that I appreciate.

One gets a sense of the history of Adelaide as you stroll North Terrace from Gawler Place to the Adelaide University. There must have been a diverse collection of architects, but all of the buildings are grand and imposing, designed to catch the eye of passers-by and impress. Wander the grounds of Adelaide Uni  and you will see even more fine examples, although there are some that were built between the 1920's to 1960's that are just plain boring,  more like some schools in Adelaide. 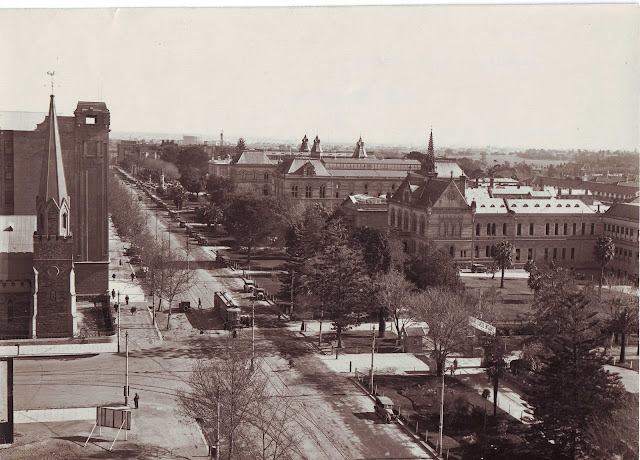 There are also some great examples of unusual heritage listed architecture at the Waite Uni of Adelaide campus, not to mention the beautiful Arboretum and Conservation Reserve.

Port Adelaide is positively packed with fascinating quirky old buildings that ooze the history of Adelaide, tempting you inside to learn some of the things the buildings have seen over the last hundred years. Initials, names and motifs for long gone organisations and people litter the facades of these places.

What were the A.W.B Buildings used for when they were erected? A strange crest, possibly Freemason adorns another place at the start of Dale Street.  The words discount lounges can just be discerned under flaking paintwork on Butler Street's corner with Commercial Road. Who remembers the name Golden Port Tavern (also once known as the Globe Hotel), hiding beneath a coat of thick brown paint on St Vincent Street? How long is it since a chemist occupied Kirby Building, as seen engraved along the top of the building.

Doubtless the Port Adelaide National Trust could answer some of the questions above. Or you could simply search the National Library of Australia's excellent online Trove of historical information.

Who knows, if you ask me a question I may write about it for you on Weekend Notes.

There is a splendid variety of architectural styles in the Port but many of these are not protected under heritage legislation in any way. 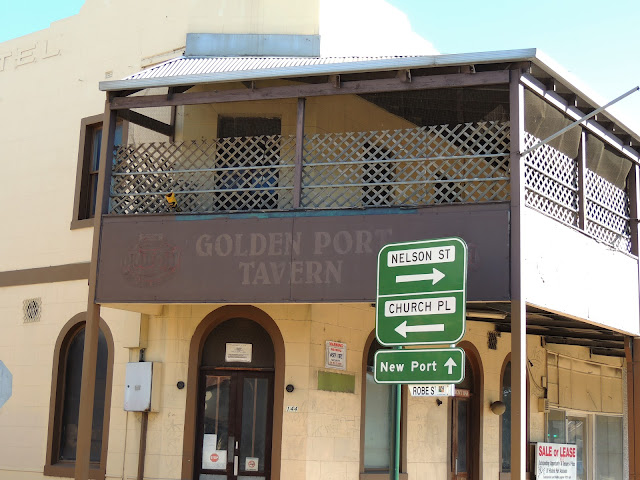 Sadly you will not find in Adelaide anywhere near the number or variety of older buildings that the Port has. That number is rapidly reducing as the Weatherill government begs developers to do what they will with any part of the city, rather like a greedy whore who has not yet realised that each transaction devalues her worth.

Adelaide City Council has had information on the heritage of significant buildings for many years, but past planning ministers have refused to listen to pleas for preservation. The current Government regime appears no more sympathetic, indeed I predict they may well find ways to tighten existing legislation protecting our heritage to discourage more listings.

Let me make it clear I am not against development in Adelaide. It is an essential part of Adelaide's growth.

However there are ways to redevelop Adelaide in a manner sensitive to its heritage. Ways that allow Adelaide to develop its personality, rather than become a uniformly rectangular collection of structures that will date and become ugly long before they are due to be renewed.

Here is an example of a building whose facade has been preserved, enhancing the streetscape while creating a pleasant atrium inside. Once the Salvation Army's People's Palace, the facade preserves a link to the past while enabling the present and future to do what it will. Why can't we have more creative designs like this around Adelaide? 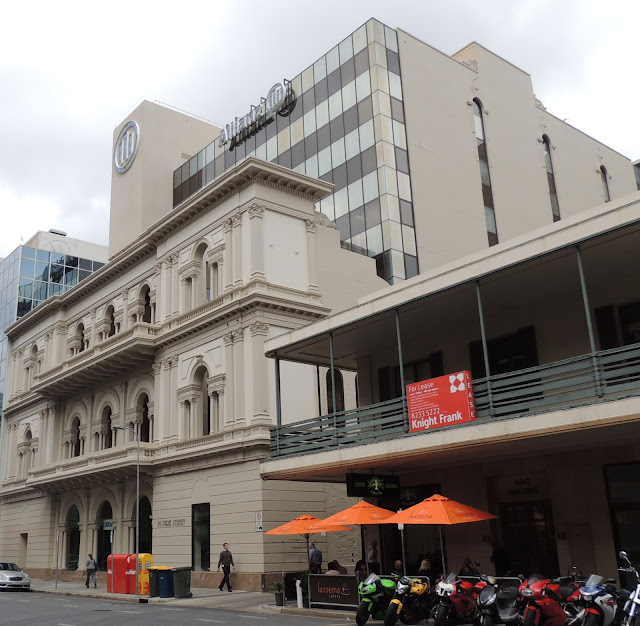